Reposted from The Patient Path  November 3, 2014 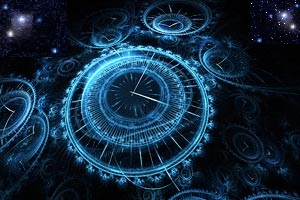 A year ago at this time, I wasn’t projecting into the future to imagine how I would feel on my one-year anniversary. What I recall is having an intensity of focus on the problem just presented to me as if everything I’d ever learned or accomplished needed to be mustered to the front lines to do battle with my microscopic enemy. Attacking my attacker—uterine cancer—became my job. Actually, I had two microscopic enemies: the one in my womb, and the one on my scalp, which were diagnosed—and treated—in the same months.* So now, with a cancer-free dent in my scalp, I am gearing up to repeat my colposcopy and my mammogram, both of which have thus far been negative. So I hope I am cancer free all over. I don’t have a lot more to say that I haven’t already said in these blog pages except that I never did feel like a cancer patient. Ironically, considering my lack of paid employment these days, I have felt like somebody going to work—on a repair job. But what I will say is that the fear of having a repeat problem hovers in a thought balloon that travels around with me. Others have told me the same thing. But perhaps no one has dealt so eloquently with the progression and recurrence of cancer as John Green. So rather than explore my interior world of spiraling thoughts, I refer you to his wildly popular young-adult bestseller, The Fault in Our Stars.

The youngest member of our reading group recommended this January 2012 book, and I’ve just finished reading it. Our local library also showed the film version from June 2014 last week. What I’ve come to realize is that “young adult” refers to the age of the characters a whole lot more than it does to the themes explored in their stories. The Book Thief  by Markus Zusak is another good example of this. This is not a book review, but it is a citation of excellence. Green’s protagonist Augustus, opening his heart to Hazel, the story’s narrator, managed to capture what for me was the message and the meaning of the book:

Cancer be damned, he seems to be saying. I’m alive and I’m in love. Nothing else matters. A bit later, he explains a bit more about his take on “oblivion”:

Love and the greater good are fiercer and more powerful than the threat or even the reality of death. That’s what I hear him (Augustus/Green) saying. Beliefs are personal . . . and much too complex to discuss here. Read the book for more clues about John Green’s own belief system (he evidently intended to become an Episcopal priest at one time). The point here is that these young people, traveling down a dark road without any high beams, were not their disease. They were themselves, their physical, emotional, psychological, and spiritual selves. That’s the lesson of illness: that endangered life is still life. And it’s all we have and all we really know from within our own experience. Certainly, we all travel through time as packages of individual existence. But something—life—is better than nothing (at least in the absence of extremely suffering or cruelty). And perhaps the best we can do as captives of the clock is to give ourselves the gift of untying somebody else’s ribbons and seeing a little bit of what is inside their package. That act alone defies the notion of meaninglessness.

John Green took his title from Shakespeare’s Julius Caesar (Act 1, Scene 2; Cassius): “The fault, dear Brutus, is not in our stars, But in ourselves. . . .” But he certainly didn’t take the meaning. By flipping it, he celebrated the blamelessness, the wisdom, and the divine spark of his young star-crossed lovers. And for me, he succeeded in stopping the clock. He enabled me to return to the young place inside myself that was also blameless and wise, a place where the divine spark of my life, and every life, exists beyond tears, beyond stars, and beyond time. A place where cancer fears to tread.

“Some infinities are bigger than other infinities.”